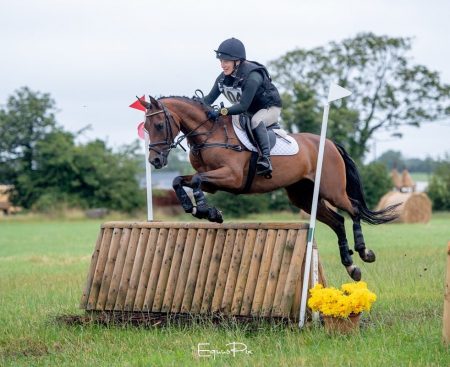 Trip to Kilguilkey with Ardeo Rocketman and Ardeo Castleconnor in the EI100. Our superstar 148cm pony jumped around faultless yet again finishing on his dressage score taking 3rd place. Ardeo Castleconnor did a beautiful sub 30 dressage test and jumped a steady clear XC.

Tattersalls ODE produced 2 winners! Ardeo Arctic Wolf and Ardeo Rocketman were both fantastic all day jumping double clears and galloping into pole position. Can’t ask for much more than that!

There was a very large entry last Sunday at Tattersalls where the North Leinster Region ran three combined training competitions in addition to 18 classes (one divide) ranging from an EI115 (Advanced) down to an EI90 (P).

Luckily, the rain held off for most of the day but, when it did fall late on, it was very heavy, restricting visibility for riders, officials, fence stewards and the commentary team of Paul Nolan and Robert Hoban. Situated as usual near the main water (12), the latter pair had a good view of one the problem fences on the EI110 track, the third element of that fence, a brush-topped skinny on a bending line.

Resident cross-country course designer Eugene O’Neill continued his practice of using trees in fences and the following corner to two skinnies, the second of which was built around a tree, made for frightening viewing at times. The EI115 fences, while big and bold, jumped extremely well although, with a shortage of programmes, not everyone was aware of who they were watching. The ground was in perfect condition.

Sarah Ennis and Sam Watson warmed up for Luhmühlen (via Millstreet) with a win apiece. Local rider Ennis landed the three-runner EI115 (Advanced) on her scheduled European championship mount Woodcourt Garrison. Since renamed with the prefix Horseware, Breda Kennedy’s 10-year-old Garrison Royal gelding picked up 5.6 cross-country time penalties for a total of 37.3.

Ardeo Sport Horses’ Melanie Wrynn initiated a double when leading from start to finish in the EI110 with the eight-year-old Out Of Touch gelding Ardeo Arctic Wolf whose completion score of 32.7 included 4.4 cross-country time penalties. The only combination to finish on their dressage score in the 26-runner class were the runners-up, local rider Michael McNally with the former hurdle and point-to-point winner, Boris De Blae.

Wrynn brought up her double in Section B of the EI100 on the 10-year-old 148cms gelding, Ardeo Rocketman who finished on his first phase score.