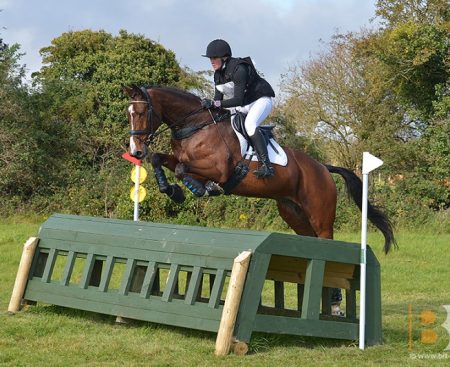 Now based with Wrynn in Co Wicklow, Harriet Dinnis has been in Ireland for nearly two years and has really gelled with the seven year old son of Sligo Candy Boy who won from the front. This was only my third run at the level, and he made it feel so easy” said the Kent-born rider. “I have done some show jumping with him, which has really helped him. He’ll have a bit of a break now, but will then go jumping before the end of the year I am looking forward to next season when I hope to run in a long format two star with the aim of upgrading to three-star fairly soon.

The victory crowned a memorable afternoon for the Ardeo Sport Horse team who, multitasking, were avidly watching the live stream action from Le Lion d’Angers. Much to their delight, the weekend was crowned when their graduate Ardeo Premier, ridden by British international Alexander Bragg, filled fourth place in the seven-year-old championship.